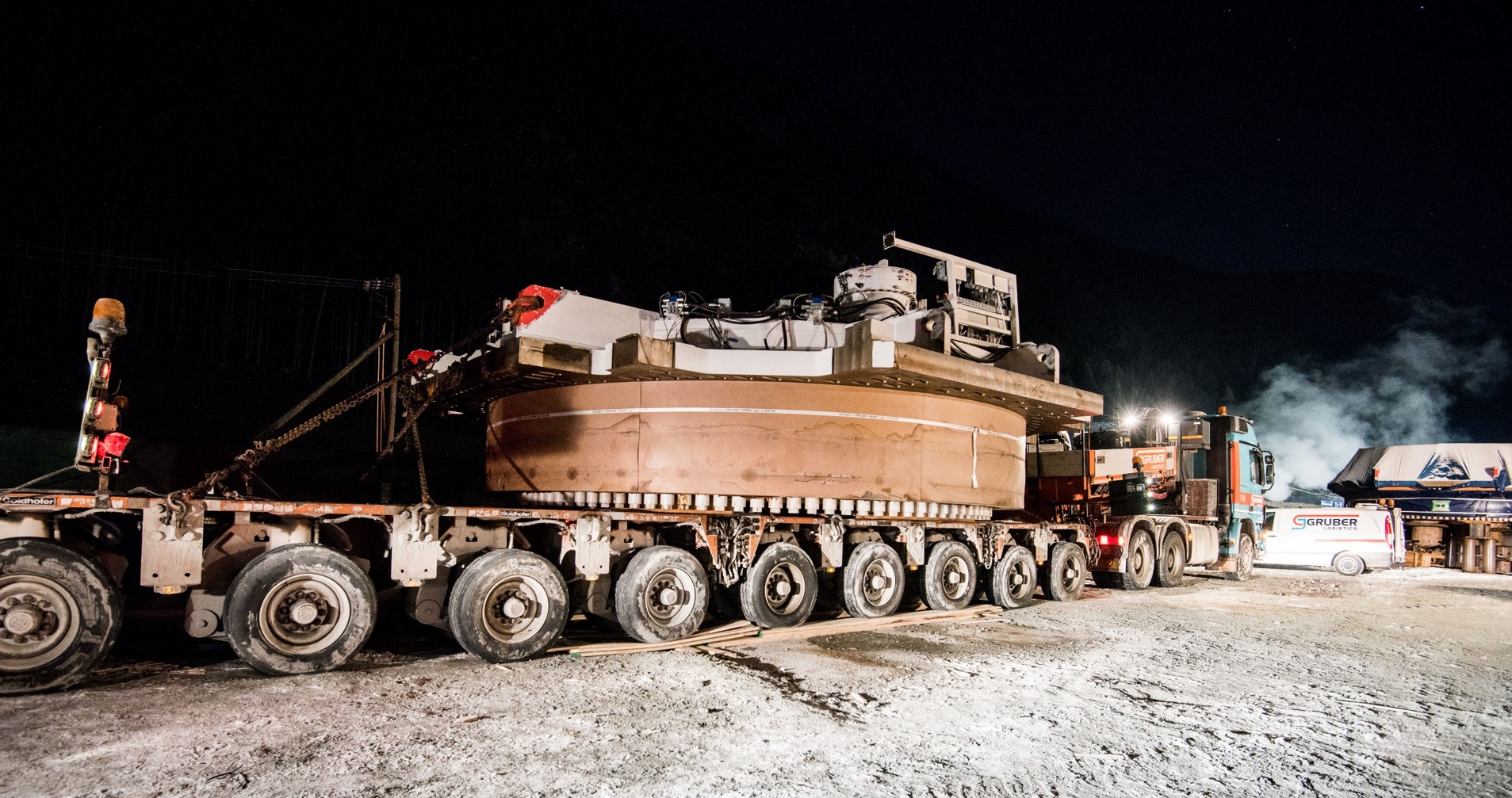 Transports for the Brenner Base Tunnel go on

The transport and assembly of Flavia and Virginia, the two drilling machines that will be used for the excavation of the Brenner Base Tunnel that will connect Austria and Italy, goes on. The tunnel will become the longest underground railway connection in the world with significant repercussions on the surrounding area. The transport of the components belonging to the machines has already begun in the past months, and because of their impressive weight and mass has required the joint work of various branches and departments of the GRUBER Logistics group. About 160 transports were needed for each machine, for a total of 2887 tons transported. For the heavier components the journey began at the manufacturer’s plant in Schwanau (Baden-Württemberg), continued by river from Kehl to Antwerp, then by sea to Marghera, and finally reached the construction site of Mules (South Tyrol) by land. Once the machines arrived at Mules, the components could be transferred inside the tunnel, ready to be assembled. To date, GRUBER Logistics has carried out the transfer of approximately 20 components of each boring machine and transports will continue non stop until the end of March. The transfer of the main drive, the hydraulic component that will allow the mole head to move and dig into the rock, ended last week. This component, with dimensions 7090x6850x2600 mm and weight 146 tons, is the heaviest part transported so far. The transport and assembly of the main drive of identical dimensions belonging to the second twin machine will end in the coming weeks. Only when all the components will be transported into the tunnel and properly assembled will the boring machines begin to dig.