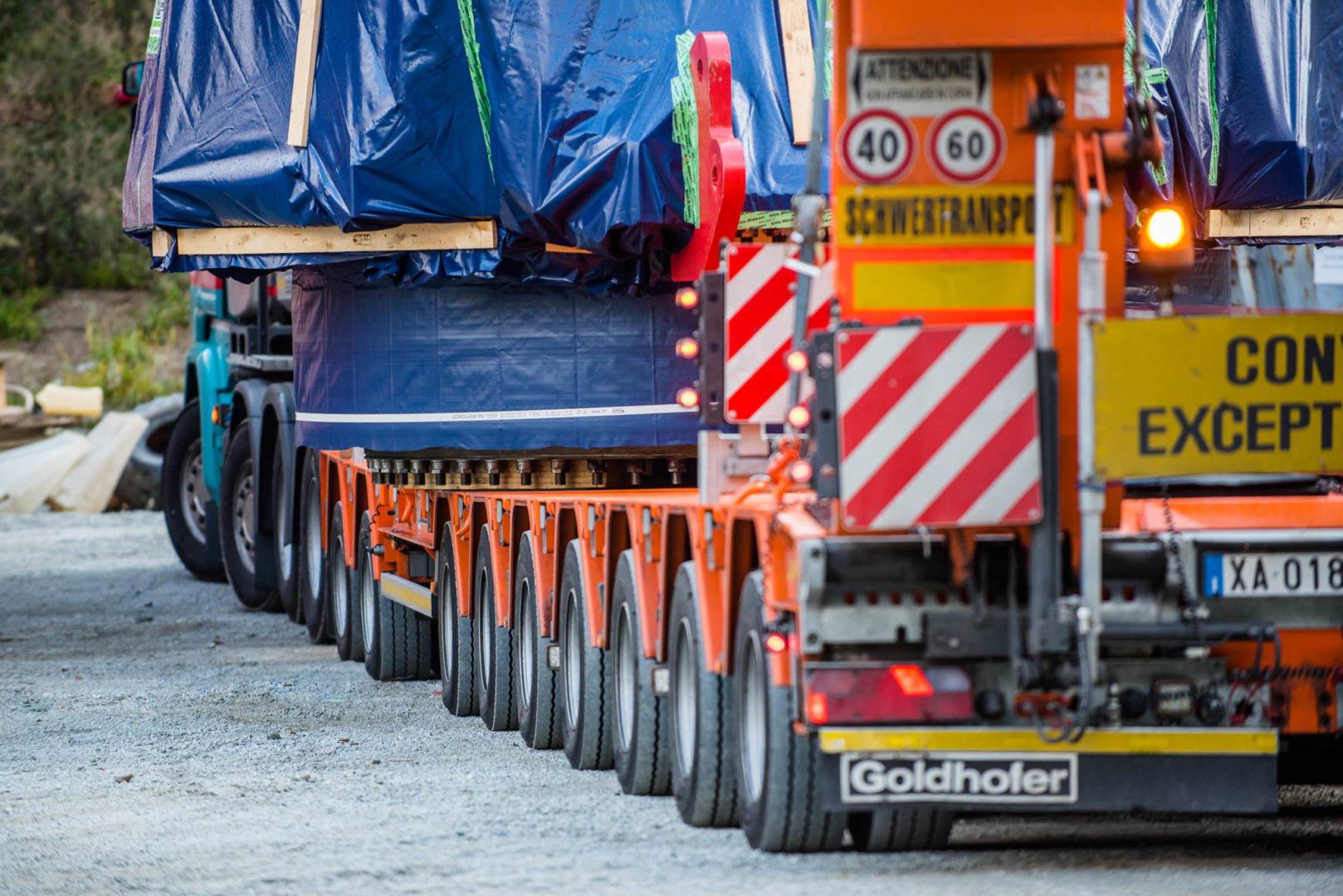 GRUBER Logistics took part in the project for the construction of the Brenner Base Tunnel which will connect Austria and Italy, thus becoming the longest underground railway connection in the world. The division Heavy Lift of GRUBER Logistics, together with other project partners,was involved in the transport of three  drilling machines (TBM) that will be used for the excavation of the exploratory tunnel, and the movement of the components that will allow the assembly of the machine inside the gallery. The machines were built during the winter at the manufacturer’s plant in Germany and then dismantled and prepared for transport. The first of the three machines, the one that will excavate the exploratory tunnel, has already been assembled and is currently located at the Mules tunnel in Alto Adige.  The machine is 80 meters long and requires the work of 15 people, operating 24 hours a day, 7 days a week.

“The transport of  the components of the drilling machines was extremely complex – says Mr. Michael Gruber, head of the division Heavy Lift – ” and required the joint work of various branches and departments of the Gruber group due to their impressive weight and mass.”

In fact, each machine required about 160 transports, for a total of 2887 tons transported. The less demanding components arrived via Brenner or through Switzerland. For the heavier ones, due to the weight and shape restrictions on the German roads to the construction site, it was necessary to divide the transport into several stages, requiring the collaboration of our branch in Bremen specialized in maritime transport: a first step by river from Kehl to Antwerp, a second one by sea to Marghera, and then a final stage to the Mules construction site by land. The heaviest components of this transport are the two main drives of the TBM machines, with dimensions 7090x6850x2600 mm and weight 146 tons each. Once arrived, the TBMs will again be assembled in special chambers inside the tunnel.