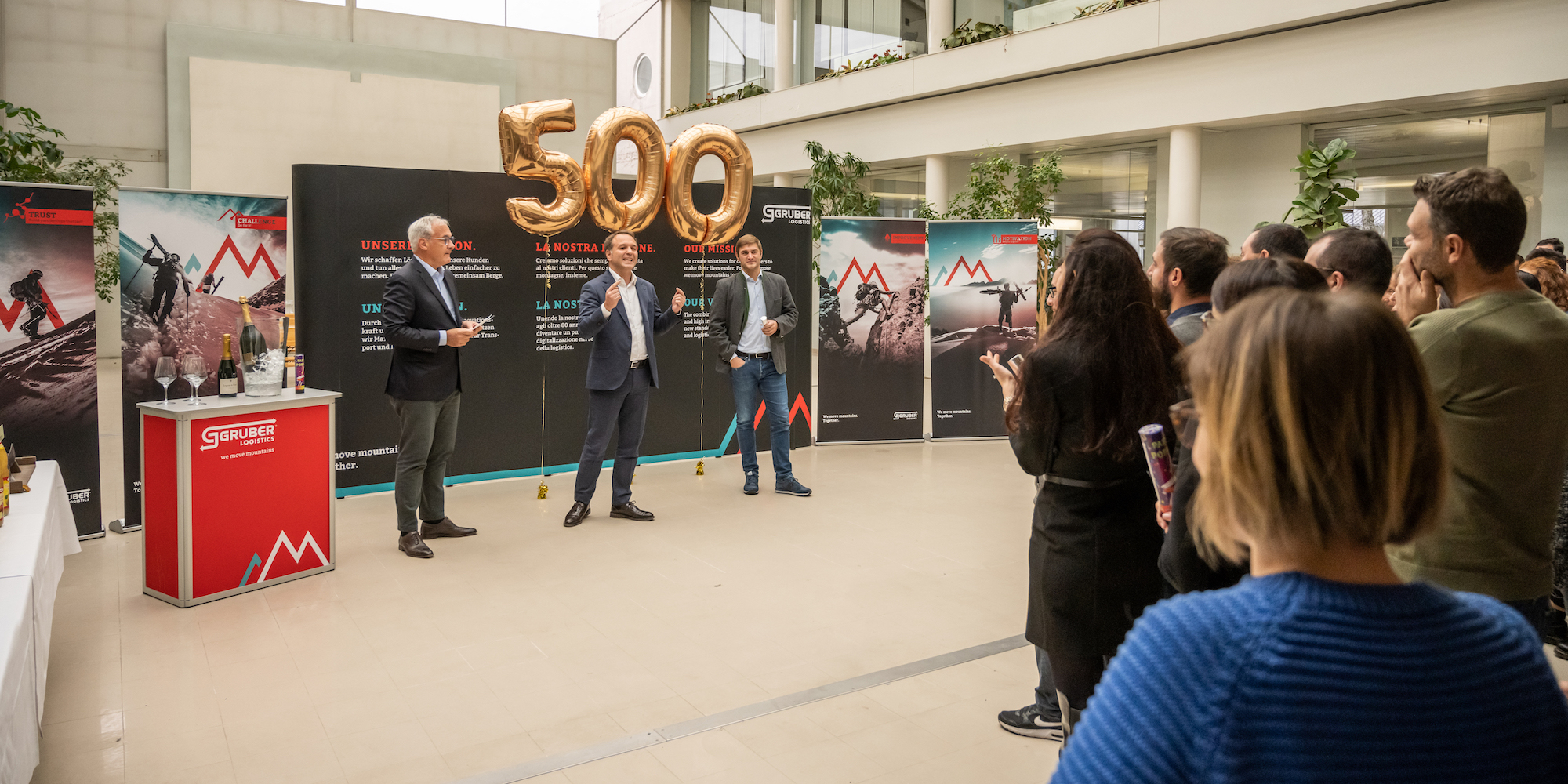 We celebrate 500 Million of turnover 1 year in advanced

When Gruber Logistics came up with its three-year strategy, it would not have imagined that a year earlier than expected it would be able to celebrate the achievement of its goals. In fact, the strategy communicated by the company a year ago included the goal of reaching a turnover of 520 million at the end of 2023 when already in November of this year the company was able to celebrate exceeding 500 million. Moreover, this growth considers only the company’s organic growth and not the recent acquisitions. In September, in fact, the company acquired Universal Transport. The growing rate close to 30 percent (compared to overall industry growth of about two percentage points) and the integration of Universal Transport launches the company growth to 700 million in sales.

While beyond projections, the growth is no accident. Ownership and corporate board, in the midst of the economic and COVID crisis, took the counter-trend decision to increase investments and diversify its services both in terms of offerings and the sectors served. This involved first and foremost acquiring new skills and then hiring new people but also investing in new warehouses and vehicles. The company, already internationally recognized in the transportation of full loads and exceptional loads, has in a short time also become a point of reference in logistics, in the management of part loads (LTL and Groupage) and in sea & air transport. In addition, investments in sustainability and digitalization have been increased, which has significantly changed Gruber Logistics’ brand positioning, leading the company to be perceived internationally no longer as a simple operator but as a player capable of creating new solutions. This solution-oriented approach has, moreover, led the company to have more and more collaborations in the international arena to the extent that it has initiated, through funding from the European Commission, research projects in the area of heavy vehicle automation and in alternative fuel vehicles.